How long can it survive on surfaces

Italy hospitals already on the brink

More and more people keep asking me why I’m so concerned about the latest Corona virus family outbreak presently being referred to as COVID-19 given its reported to have resulted in far fewer deaths than the Common Cold and only really appears to be affecting the Elderly.

Using the US as an example given they should be one of best prepared,  if not a world leader in managing such an outbreak, I’ve created a simple video summary of 5 major areas of concern:

Firstly, experts estimate this outbreak to be at least 10 times worse then any season flu outbreak.

Second: A vacine is over a year away

Third:  Extreme failings in both Testing and Notification continue to this day.

Fourth:  No clear plan from Governments on how to proceed

Fifth:  Extremely contagious with estimates ranging up to 50% of the population expected to  become sick.

COVID-19 is only just beginning to grab a foothold across the world, only yesterday being declared a worldwide pandemic by the World Health Organisation, and we are still no where near the peak of the outbreak yet, in fact we likely are atleast  3-7 months left from hitting that.

Also while the average age of patients killed as a result  of contracting the virus is  approx 80 years, a number of people over 40 are still requiring medical attention they are just much more likely to recover, and while children don’t seem to be getting sick from the virus in any great numbers, no-one really knows why yet, and they can still infect others.

Coronaviruses are a group of viruses that cause diseases in mammals and birds. In humans, coronaviruses cause respiratory tract infections that are typically mild, such as some cases of the common cold (among other possible causes, predominantly rhinoviruses), though rarer forms can be lethal, such as SARS, MERS, and COVID-19. Symptoms vary in other species: in chickens, they cause an upper respiratory tract disease, while in cows and pigs they cause diarrhea. There are yet to be vaccines or antiviral drugs to prevent or treat human coronavirus infections.

Covid-19 differs to other similar well known corona viruses in a few major ways, you’ll likely have heard of its brother SARS as that was widely covered in NZ back in 2003,  MERS less so as that was largely restricted to the Middle East

Large numbers of countries right from the start have had huge difficulties detecting the virus, and even now months on are still not testing or possess faulty testing equipment meaning a number of infection volumes are being under reported or not reported at all.
case in point in just NZ alone there were two false negatives reported before a third test confirmed NZ’s 1st case which would never have been detected if not for a medical workers insistence to proceed with a third test that the virus was actually detected.

smaller cities in developed countries are still having difficuties testing let alone poorer countries that don’t even have the ability to detect potential cases let alone confirm them. Largly why Africa and South America has so few reported cases etc.

I mean even America has had big testing issues.
which is why they had been under reporting numbers even now.

Another thing that most people are overlooking is that case growth is exponential not linear, so small numbers now does not mean there will not be many many more in future, just look how quickly South korea, Italy and Irans case numbers increased into the thousands from only a hand full a few weeks ago. 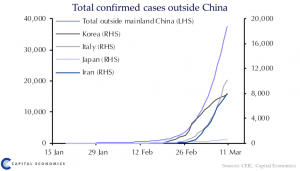 6th of Feb is when i began capturing data

from this you raw data and the graph above you can see a few things.
1. Italy went from 3 reported cases to over 10,000 within a month
2. Iran despite having no reported cases, somehow now has 8,042 (likely indicative of testing/recording deficiencies early on)
3. South Korea while getting a large number of cases reported before both Iran and Italy, managed to get control of there case numbers through enacting quarantine like measures sooner much like China where the Virus originated from

New Zealands Advantage in an Outbreak, will we make the most from it.

In New Zealand we regularly benefit from watching other more frequently visted and populated countries deal with virus outbreaks before they even hit our shores.  However in an every increasingly connected world with every decade this advantage gets lessened.

in the Case of COVID-19 originating from China it was clearly evident after month 1 that vigerous quarantine measures where the only way to stop the virus spereading throughout the entire country.

Despite China demonstrating that was the only way to stop the spread in its tracks, and the WHO recommending the same, the rest of the world was incredibly slow to act. 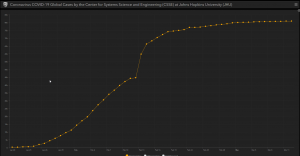 Months into this Outbreak a vacine is not even remotely  close and global medical supply shortages are becoming more and more of an issue in preventing its spread.

With China becoming the Primary Manufacturing hub for so many industries including many Drug ingedients, a severe outbreak their has many more roll on effects then  most people realise, As US reports drug shortages from China have already begun

with the world is so inextricably linked these days there are numerous single point of failure where core ingredients in live saving medications and essential electronic components are produced by only one or 2 main sources, so any impact to these business or their suppliers.  can create extreme shortages of essential electronics required in medical equipment or ingredients in manufacturing of life saving mediacations, the impact from this will only just start to take effect as existing supplies begun to run out like the US FDA have already reported or like what was reported in Utah last week or australia for some examples

we are lucky the death rate is so low for this strain, however the fact that so many health or goverment officials involved in handling this outbreak have so easily become infected is cause for immense concern if not this time then regarding future outbreaks certiainly.

UK health Minister gets the virus

Iran Vice President Is One of 7 Officials to Contract Coronavirus

over 3000 health workers have contracted the virus in China

Will we have enough Hospital Beds in NZ?

to try and answer this question the best data comes from Singapoure.  Dashboard avilable here
Singapoure is the only country that seems to be providing high quality data, which shows of its 178 confirmed cases 82 (46%) are currently in hospital 12 of which are in intensive care while the remaining 96 (54%) have been successfully discharged with a  Median days spent in hospital for recovered cases of a 10 days.

this is hugely significant and worrysome if the data from Singapoure is even remotely accurate this is a major reason why we should be concerned in NZ,  particularly when our own hospitals are already reportedly not up to handling the pontential number of cases we could be treating in the coming months, should our outbreak worsen.

Thanks to Ivan NO and Dave Fleming for your assistance regarding additional resources.

Suddenly Barker was roused very quickly from his sleep as 10 tonnes of solid snow/ice fell on him from far above.
Barker, having spend the night under the southern citadel, looked straight up at the new gaping hole in the mountain citadels floor, covering his eyes with his paws as suddenly an ever increasing brightness filled the cavern, reflecting and deflecting of the varying surfaces of ice around him.

END_OF_DOCUMENT_TOKEN_TO_BE_REPLACED

Many people have asked me over the last few months, why I’ve chosen to take 6 months off work, and what am i going to do with this time, and i’ve not been able to give them a satisfactory answer, primarily because they don’t understand my passions or what drives me, nor should i expect them too, and also because they were asking the wrong question “I am not taking 6 months off work” I am giving myself 6 months to find and discover what I actually want to do with the rest of adult life, “having 6 months away from work is just one of many bi-products of this choice”

Previously I have been trying and failing to justify my choice with people who can only relate my choices in relation to there own desires and understanding, often suggesting the same solution “why not just change jobs if you feeling unfulfilled, their is no need to eat through your savings.” There’s my problem right there, everyone sees an 8-5 job as an essential part of life and never ‘seriously considers any alternatives (they always have a good excuse though, but not me anymore).

END_OF_DOCUMENT_TOKEN_TO_BE_REPLACED

Been off the boil with updates for what seems like forever now, but this trip was so off the hook, i had to have a permanent record of it (stole your videos tim) don’t be mad 😉 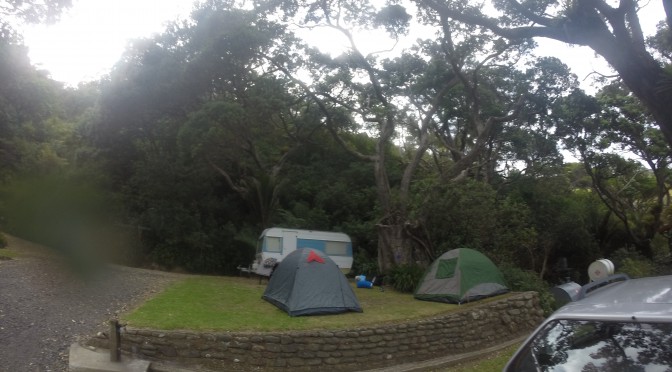 After just a few technical bugs,  I have now fully recovered my Amazon Virtual Server that was hosting this website.

Now i’ve got a whole lot of updates to catch up on.

Beginning with the most recent of my trips, since my site troubles began. (photos in no particular order and courtesy of my only ‘powered’ camera at the time.)

END_OF_DOCUMENT_TOKEN_TO_BE_REPLACED

Seems I somewhat lost my blogging mojo after day 7 of my 4 week South Asia Tour.

Still have plenty of photos video and insights to add from my adventures over this period, just been prioritizing other elements in my Life.

This years going to be a good one, I can just feel it already.

So today we decided to hire scooters after lunch, I’d handed over all my dirty laundry for the trip to date over the day before, so was hoping to get some of it back before we headed out,  but that wasn’t to be so we headed out anyway.  We both requested manual scooters, and after a while of me trying to figure out how to change down gears “the scooters had a separate gear peddle for changing down”  though you could also generally change down with the main gear peddle like i’m used to it just required a lot more effort and apparently also has some limitations, the rear gear peddle while much easier was in a horribly inconvenient position for someone used to changing gears with their toes only.

END_OF_DOCUMENT_TOKEN_TO_BE_REPLACED

After Enjoying my biggest breakfast to date, i decided to relax a bit in our Hotel room, before heading to the Shoe Tailors first at 12pm.

Putting the shoes on, “with my orthotics already in place” they didn’t appear to be any different to any other pair of new shoes i’d ever tried on before (what did i expect?,  no idea).  Given they fitted and they looked liked i’d requested I decided I should probably pay them(photos below).

END_OF_DOCUMENT_TOKEN_TO_BE_REPLACED

had breakfast a bit earlier today “still pretty late” , so was able to get some shots of the breakfast outlay we are offered each morning,  quite impressive considering our rooms are dirt cheap and breakfast is included.

END_OF_DOCUMENT_TOKEN_TO_BE_REPLACED

Man of Many Talents